John Bray was the son of Luke Bray of Galbertstown, Holy Cross, County Tipperary and his wife Mary Phillips. He was the eldest of seven children. His father, Luke, died before John reached his twenty-first birthday,

Luke Bray, bequeathed his interest in Galbertstown Co Tipperary to his Executrix his wife Mary  Phillips in trust for his son John Bray - and to herself £40 p. a. - until her son (John) is 21 yrs of age - and thence to Samuel Edmond Luke and Robert., to each of whom he leaves £200. [Will of Luke Bray].

Whereas testator’s niece Mary Bray otherwise Phillips, and wife of Luke Bray, gent, hath a provision made for her life from the death of said Luke Bray, if she survive him to issue out of the lands of Galbertstown, which the said Luke Bray holds for the term of his own life and the life of the said James Max. £20 per annum to Mary Bray out of the lands of Doggstown and Farrenlyny if she remains a widow after the death of Luke Bray and James Max.
[Will of John Max. gentleman, of Killough, Co.Tipperary Date: probably 1769]

Posted by Nicola Jennings at 11:57 No comments:


Luke Bray was born in 1780, the son of John Bray and Mary Fogarty of Thurles, County Tipperary.  He married Ellen Ronayne, the daughter of William Ronayne, in Ballindad, County Waterford, on the 23rd May 1810.

They had eight children.

Anna Bray is not listed in 1821 census in Thurles because she was staying with her grandmother Ann (Anstace) Ronayne (nee Power) in Waterford at the time. She is listed there. She was the eldest child and would have been about ten years old.

Luke and Ellen are buried at Holy Cross Abbey, with four of their daughters. 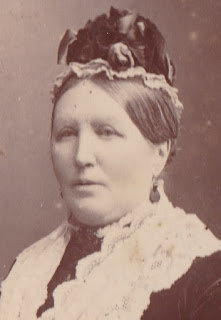 Lately, the lady of Luke Bray Esq., of Ballycarrane, county of Tipperary, of twins - a son and a daughter. It is remarkable that about a year back this lady had the same good fortune. [Blackwood's Edinburgh Magazine, Vol. 4, 1819. P. 509]

She was one of eight children of Luke Bray of Ballycarrane, Thurles, County Tipperary, and Ellen Ronayne, of Tramore, County Waterford. Both of her parents are buried at Holy Cross Abbey, Thurles, County Tipperary.
She married Daniel Corley Jennings of Newry, County Down c. 1847, and they had nine children. Daniel Jennings was a County Inspector in the R.I.C. For some time they lived at 6 Castle Avenue, Clontarf, Dublin, where two of their children died, Ellen Sophie Mary Jennings in 1878, aged 26, and John Bray Jennings in 1881, also aged 26.

They later moved to 18 Morehampton Rd., Dublin where Daniel died on the 15th of November, 1896.
After Daniel’s death 1896 Johanna lived at 23 Waterloo Place, Dublin with her unmarried daughters Mary and Kate Jennings until her death in 1908. She is buried with Daniel and other members of the Jennings family in Glasnevin Cemetery, Dublin.
Posted by Nicola Jennings at 07:32 No comments: 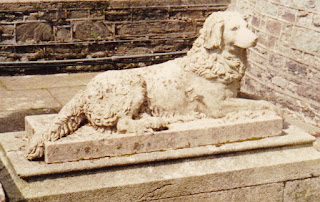 Posted by Nicola Jennings at 10:26 No comments: