William Henry Biddulph was the sixth son of Francis Edward Biddulph, and his wife Annabella.  He was born on the 20th of October 1870 at 17 Montpelier Hill, Arbour Hill, Stoneybatter, Dublin. He was baptised on the 19th of December  1870 in the Church of Ireland  Parish of St. Paul, in the City of Dublin. 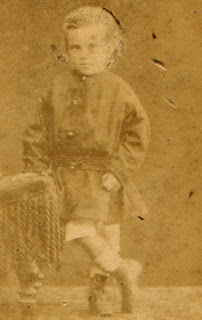 His father, Francis, was a Captain in H.M.  9th Regiment of Foot.

William is not buried in the Military Cemetery of St. John's Pembroke Dock but in the civil cemetery with his siblings.

Posted by Nicola Jennings at 04:59