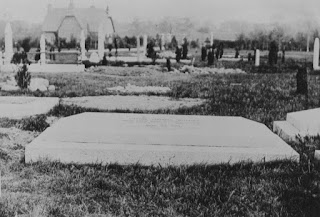 Anne Biddulph was the eldest child of Francis Biddulph [1770 - 1826] of Mount Oliver, Queen’s County and Mary Steele [1779 - ] of Kyle, Queen’s County. She had one sister, Elizabeth, and  three brothers. Her eldest brother Nicholas Biddulph inherited Fortal, in 1824. Her younger brothers, Richard and Francis Biddulph, both emigrated to Canada.
In 1823 she married Lieutenant Hugh Boyd Wray [1795 – 1873], 40th Regiment of Foot.
MARRIED Lieutenant H. B. Wray, half-pay: 40th Regiment of Foot, to Anne, eldest daughter of Francis Biddulph, Esq. of Mount Oliver, Queen's County.  [Finns Leinster Journal 1771-1828 Wednesday, June 11, 1823]
Hugh Boyd Wray had fought at the battle of Waterloo and his name can be found in Dalton’s Waterloo Roll Call[1]. He retired in 1817 and  subsequently joined the RIC.
‘Miss Sibthorpe remembered hearing that Hugh Boyd Wray served as Chief Constable for the King's County, and she had seen his truncheon...[2]’
According to Jim Herlihy in his book The Royal Irish Constabulary Officers[3] Hugh Boyd Wray was tried and acquitted of murder at Kilkenny Assizes, August 1822, after which he was transferred to Queen’s County.
Hugh Boyd Wray retired from the Police Force in 1838 after 17 years. In 1838 he was presented with Plate when he left Birr and an Address which included the following tribute.
‘the acknowledged excellence , efficiency, and superior discipline of the Police force of this County, we feel bound to say, is mainly to be attributed to the activity and zeal  with which you have uniformly performed your duties.[4]’
He expresses his gratitude to the Viscount de Vesci and the Magistrates of the Queen’s County, for their ‘highly complimentary and flattering address’ and for 'the very handsome present of Plate which accompanies it…Your splendid Gift, I shall cherish as a lasting Memorial… and I shall hand it down to my son, with a Father’s request that he may as such value it’.
Hugh and Anne had one son, Jackson Wray, born in 1824, in Borris-in-Ossory, County Laois. He died in the Crimean War at Sebastopol in 1855.
Anne died in November 1872 and is buried in Deansgrange Cemetery, County Dublin. Her husband Hugh died the following year.
Wray - On the 23rd inst., [1873]at his residence, No. 4 Clifton-place, Monkstown, Dublin, in his 78th year, Captain H.B. Wray. He served as Lieutenant in the 40th Regiment in the Peninsular War, also at Waterloo. After a long illness he died in the Lord, much respected and lamented. Funeral will leave at 10 o'clock on to-morrow (Thursday) morning for Dean's Grange Cemetery.
The death of Jackson Wray is also commemorated on the same gravestone in Deansgrange Cemetery, but he is not buried there.
The grave in Deansgrange Cemetery, Kill o' the Grange, Co. Dublin, can be found by going through the main gates up to the turning circle, then turning left, close to Memorial Chapel, and on the left. The photograph of the grave was taken when the cemetery was new, before the main gates were relocated. The inscriptions are difficult to read:
VITTORIA   PYRENEES   WATERLOO
Hugh Boyd Wray late Captain 40th Regiment died 23 February 1873 aged 77 years
and Anne his wife Died 29 November 1872 aged 7? Years JUSTE ET VRAI
(and on the other side)
ALMA   INKERMAN   SEVASTOPOL
Jackson Wray... Regiment ...ed at Sevastopol...Hugh Boyd Wray...
date
[1] Dalton’s Waterloo Roll Call.
[2] The Wrays of Donegal, London and Antrim, by Charlotte Violet Trench. OUP, 1945.
[3] Jim Herlihy, Royal Irish Constabulary Officers, Four Courts Press, 2005, 2016.
[4] Leinster Express, 9th March 1839.
Posted by Nicola Jennings at 02:26